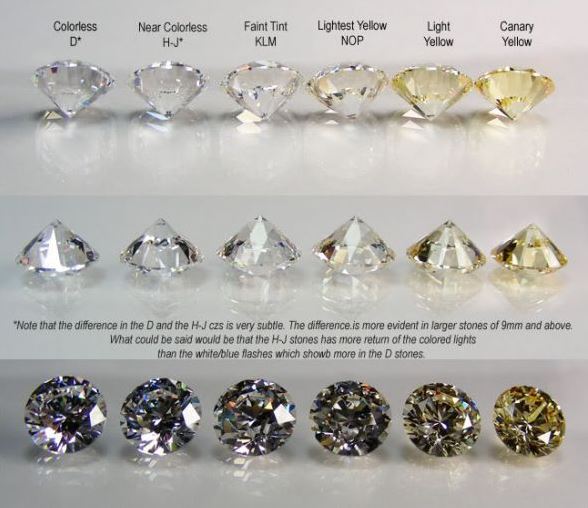 You’ve heard about the diamond color chart if you’ve started researching diamonds! Diamond color, one of the 4Cs of diamonds, is a natural color variation from near colorless to yellowish. We recommend you go grab a coffee, we have a little story for you!

You’re a guy, you fell in love with a girl and she’s so great you want to ask her to take the vow. Before you get there, you have this deep-seated desire to make the lady see that you are the greatest guy on the planet. I don’t mean ‘buying her love.’ It’s showing her love. Like the story of the great industrialist who began his career at the rock bottom.

If you have the romantic chops, you can do it! Diamond color really does matter to her!

Then think about other cultures, like my friend. He fell in love with a lady while in Mozambique and wished to marry. To impress her with his ‘vast knowledge’ of African culture, he told her the story of The Ten Cow Woman.

The story goes that in this one African village a woman’s worth was viewed according to how many cows a man was willing to pay the father for a marriage contract. So this young man noticed that in a family of beautiful sisters, one girl stayed back, out of the limelight.

She didn’t smile, her hair hung. Not an attractive young lady at all. But the man went to her father and announced he wished to pay 10 cows for her hand. The father and the whole village was shocked, because who would ever give such an amazing amount for this girl? One cow, maybe two, but ten? 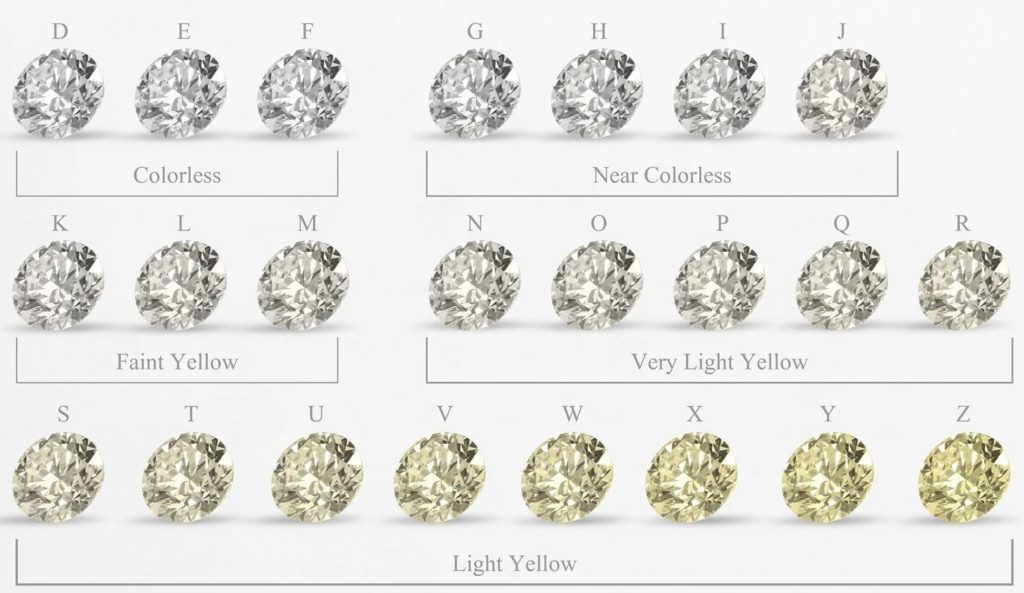 They married and soon something happened. The woman began smiling. She braided her hair. Her clothes were clean and lovely…people noticed. She walked everywhere like a beautiful queen because now she felt her life was that valuable to her beloved husband.

After telling this story my friend smiled at his girlfriend as if to say, ‘Pretty cool, huh?’ Only to have his lady demurely reply, “My ex-husband gave twenty cows for me.”
Thirty cows later they were happily married.

Personally, I think an engagement ring, as a token of love, sounds much easier! Yes, you want to give this lady the best engagement ring you can. However, like all guys not named Bill Gates, you don’t have the cash to buy a monster-sized rock. That’s not a problem; you can still find her a ring that will make her eyes pop while not sending you into soul-crushing debt for the next 20 years. It just takes a bit of study.

There are four main areas to look at when buying a diamond. These are known as 4C’s – They are color, cut, clarity and carat weight.

Let’s talk about color. With diamonds the less color the higher the value. A pure, structurally perfect stone is colorless. Like a single, fresh raindrop. According to the Gemological Institute of America (the GIA), this lack of color raises the diamond’s value. Grading diamond color is determined via the GIA’s system.

This measures colorlessness under controlled lighting and comparisons to master stones of established color value. The final grade is on a D-Z scale so when you see a D-H-N or Z under a diamond description you’ll know what it means. D meaning the least color.

Here’s the good news: while differences in color can make a very big difference in price, the color distinctions are so subtle that they are invisible to the untrained eye. So this means you could find a perfect, clear stone for $5,000.00.

Yet, you could also find a diamond of less than perfect color, looks the same as the colorless one, but costs $1,500. Which one interests your wallet? Hey, me too, buddy. Me, too!

If you’re like us, we want a near colorless diamond on the diamond color chart!