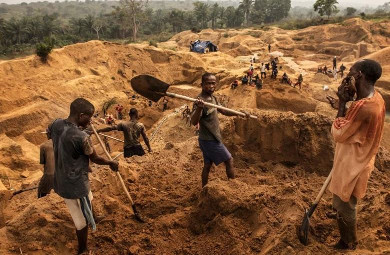 Diamonds are supposed to be symbols of elegance, love, and wealth around the world, however, for several African nations, they’ve been a reason to terrorize innocent civilians, a means to power, and have helped to finance the most brutal terrorists in the world. The cost of human life for the illegal diamond trade is documented to be in the millions. For the simple reason that they’re untraceable, easily concealed, and portable has contributed to the afflicted gains of corruption and smuggling. In this article we look further into so-called “Blood Diamonds”.

What are “Blood Diamonds”?

Warlords in underdeveloped African nations have used blood diamonds to finance wars and the rest of the world stands by and does nothing. Tens of thousands of innocent victims have been forced by Rebel armies to extract diamonds in dangerous, brutal conditions while being threatened with death. Their daily pay, a cup of rice. A civil war that was financed with the illegal trade of blood diamonds in Sierra Leone, saw rebels chopping off people’s arms, hands, lips, feet, and ears if they didn’t comply with work details.

Blood diamonds are looking to the world’s best experts for the true history of the diamond trade and are getting to the central core of the matter by interviewing both the perpetrators and victims in these blood-soaked fields in countries just like Sierra Leone. Usman Conteh, a victim was captured in Sierra Leone by rebels and was forced into hard labor for mining diamonds for the rebels. The rebels were selling and trading the diamonds for guns and ammunition. Usman finally escaped after a month in captivity only to find his family was murdered by rebels.

During the 1990s, the very definition of the blood diamond was formulated by the UN when brutal civil wars were getting out of control in central and western parts of Africa. The rebel groups based in these lands used brutal force to drive a stake in their diamond-rich property. Three very specific conflicts in the Democratic Republic of Congo, Sierra Leone, and Angola received world attention to destructing the role of blood diamonds, however, the problem festered in other parts of the country as well.

Blood diamonds that were mined in rebel-controlled sections were smuggled into nearby countries, sold directly to merchants, merged into the economic process of legitimate mined diamonds, and sold on the open market. The proceeds from blood diamonds were used for war materials for the rebels and to purchase illegal weapons. The height of this atrocity saw extremely brutal campaigns that left ever-lasting scars on families and entire communities. Innocent victims by the millions were butchered and slaughtered to death as children watched sitting wayside.

Some human right activists stated that the figures may be meaningless by reflecting on the United Nations specific definition for blood diamonds as gems to fund a rebellion against a nation’s government. Zimbabwe, a perfect example; people pointed out that countries that are certified as conflict-free, it’s possible for authorities of recognized governments could use their power to control blood diamond operations to indulge themselves. They could also promote their shady associates, and preserve their power at the expense of slave labors and diamond workers.

The abuse of innocent civilians and the legitimate diamond industry in Zimbabwe got attention for the immediate redefinition of blood diamonds as gems for those whose diamond trade is based on violence or aggression of any kind. This redefinition would help the campaign fight against blood diamonds in some diamond-rich nations where basic human rights are denied and bleed red. 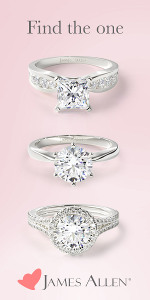